The Town of Niverville, on behalf of the Friends of Niverville, have submitted their first application to both the Federal and Provincial governments under the Building Canada – Small Communities Fund. This application was due by August 26th. This fund was created as a federal-provincial cost shared program to provide infrastructure improvements, including recreation facilities, to communities with less than 100,000 residents. The project is based on a 1/3 federal share, 1/3 provincial share and 1/3 municipal share. The total allocation to Manitoba was $46.7 million of which $35.5 million remains. The Town has requested $10 million from this program to match Council’s $ 5 million contribution. On September 6th Council gave second and third readings to the general borrowing by-law. This now means that the Town has formally passed their acceptance to spend up to $5 million on this project. The Town of Niverville $ 5 million represents our 1/3 share toward the funding model presented in the Small Communities Fund. The committee and Town are both eagerly awaiting an answer from the Building Canada Fund on how much we qualify for to move forward into the next phase of development of the Friends of Niverville – Community Resource & Recreation Centre! 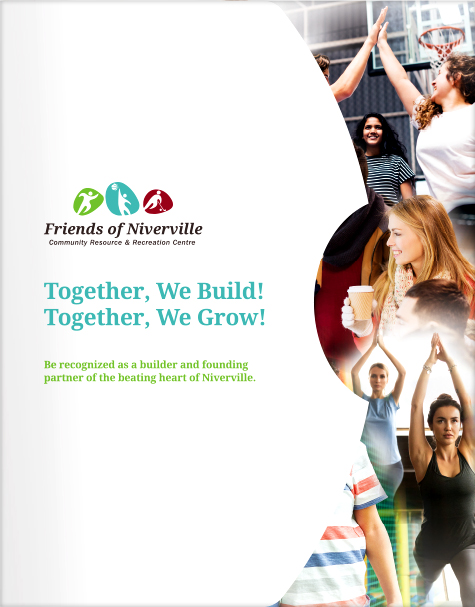